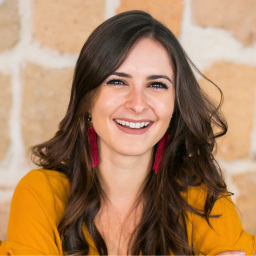 Have you ever experienced everything in your life go right and wrong at the same time?

You’ve seen it happen: people who win the lottery but go broke months later. Someone meeting the love of their life only to realize they’re taken. The celebrity who’s killing it at the box office but secretly going through a terrible divorce.

Back in October, I was flying high: I’d just hit my highest income month in business, had my work featured in several top 100 publications, and knocked out a goal that had been on my vision board for over three years: a much-coveted invitation to give a TEDx talk.

On paper, it should have been the best month ever. In reality, I was agonizing over every minute of it. I was completely burned out, feeling stressed, and working through the middle of the night. Worst of all, my body was screaming at me to slow down. Shortly after giving my TEDx talk, I collapsed into a chair from pain I’d been feeling (and ignoring) for days, and had to go to the emergency room twice over the course of a week as a result of an inflamed cyst. I was running on fumes.

I’d gotten everything I thought I wanted — so what gives?

Going through the best and worst month of my life was a big wake up call as it peeled back the curtain on a topic that many of us, especially entrepreneurs, ignore: the critical importance of reaching out for help when we need it.

You’ve heard the phrase that you can’t pour from an empty cup. Yet most of us were raised in a society that idolizes hustle,  using the latest business managment tools, and where being busy is a badge of honor, and burning out is the norm.

The scary part is, some people spend years moving from one goal to the next, distracting themselves with their work, and not taking the time or space to connect with what they truly want and need. I’m personally guilty of falling into this trap (case in point). But, what’s the point of ticking off big goals if you’re not feeling fulfilled, enjoying the process, or taking care of yourself?

During that month, several people — including my friends, colleagues, family, and community — tried to tell me something was off and offer assistance without my asking, yet I didn’t allow myself to receive it. I was self-conscious of “owing” people something, bothering them, or wasting their time. As a result, I isolated myself in my struggle.

When I took a step back to analyze the patterns that were causing the burnout and how to prevent this in the future, my biggest insight surprised me: things only started getting better when I got out of my own way and allowed myself to receive help. Which, contrary to my previous beliefs, is quite different from asking for help.

Opening Up To Loved Ones.

It sounds so simple, yet many of us don’t do this. Instead of giving the typical “yeah, I’m good!” answer when a friend asks you how you are, tell the truth. Don’t be afraid to be vulnerable and admit when you’re having a hard time. That’s what loved ones are there for — to support you when you need it.

After my burnout, I had to get real with my closest friends about what was happening and allow them to point out my blind spots and voice their concerns. It was an eye-opening experience to see how much self-sabotaging behavior I was engaging in without even being aware of it.

Instead of waiting for people to ask you how you’re doing, admit when you’re struggling and be specific about what type of support you’re looking for. For example, this can be having a safe space to vent, help with a specific task, or talking through certain issues. Ask your loved ones to call you out in the future when they catch you repeating toxic behavior so it doesn’t happen again, and remain open to receiving their feedback instead of resisting it. Remember — no matter what you’re going through, you are not alone.

Opening Up To A Support System

Shortly after my visit to the emergency room, I attended a self-development event in which the group of attendees had to climb a 50-foot pole as a metaphor for overcoming our fears.

I couldn’t participate since I’d just returned from the hospital, so the event facilitator assigned one of the participants to climb the pole in my honor. I felt difficulty allowing someone else do what I believed I should have been doing. When I expressed this feeling to the facilitator, she responded: “when was the last time you allowed someone to climb the pole for you?”

I felt a surge of sadness at the truth of her statement. How many of us don’t allow people to do things for us, and as a result, bear the weight of the world on our own shoulders?

This is why it’s so important to take part of a community that will rally around you and lift you up when you’re down, a group of like-minded people who come together with a similar vision or goal. This could look like a mastermind, a co-working space, an accountability group, and so forth.

The truth is, many people are going through similar issues but don’t talk about it. By opening up about your experiences in a group setting, you can create a space of compassion and mutual support for yourself and others. Having a support system you trust will prevent you from making common mistakes and make life feel more manageable, no matter the obstacle.

Opening Up To Yourself

None of the help you receive will matter if you don’t help yourself first. Most of what made my month the “worst” was self-inflicted because I was hiding from myself and avoiding my feelings. To get better, I had to face my fears and and make an active decision to not allow old recurring patterns run my life.

I spent the next few months getting in the driver’s seat of my own life. I journaled my thoughts out on paper so I could see and confront them. Every time I felt anxiety or fear in my body, I took the time to sit down, put my hand over my heart, and ask: “what is going on? How can I help you?” instead of distracting myself with social media and other mind-numbing activities. I would even talk to myself in the mirror. Silly, I know, but incredibly effective.

Slowly but surely, things started to change: I’m now taking weekends off and setting time boundaries for when I stop working. I’m starting to pause and celebrate my wins instead of instantly moving onto the next goal. I’ve hired a coach to work through my limiting beliefs and create strategies to prevent burnout in the future, and I’m being proactive about asking for and receiving support from the people around me... even when it’s uncomfortable.

Until you decide to show up for yourself, it’ll be hard to make any significant changes in your life. In the end, it’s your responsibility to enjoy the fruits of your labor and acknowledge that life is not happening to you… it’s happening for you.

All of the success in the world won’t matter if you cross the finish line alone and miserable. Take care of yourself, allow yourself to receive help when needed, and don’t be afraid to look at the deeper reasons why you’re doing this in the first place. In the end, it’s the journey that carries most of the magic — so might as well make it one hell of a ride.

This was originally published on Forbes

You can get more actionable ideas in my newsletter.

I'll give you info on actionable ideas to grow and cool things that are getting me excited.  Enter your email and join us!

Since leaving corporate America to design life on her own terms, Celinne has visited 60+ countries and now travels full-time while running her business. She leads a community of 70,000+ dreamers who follow her adventures around the world.

How Do You Measure Success For Your Business?

What Is Outreach Automation And How Can You Use It For Your Business?

What Are The Best Tools For Generating AI Content?

What Does CDN Stand For And Is It Helpful In Business?

Please log in again. The login page will open in a new tab. After logging in you can close it and return to this page.